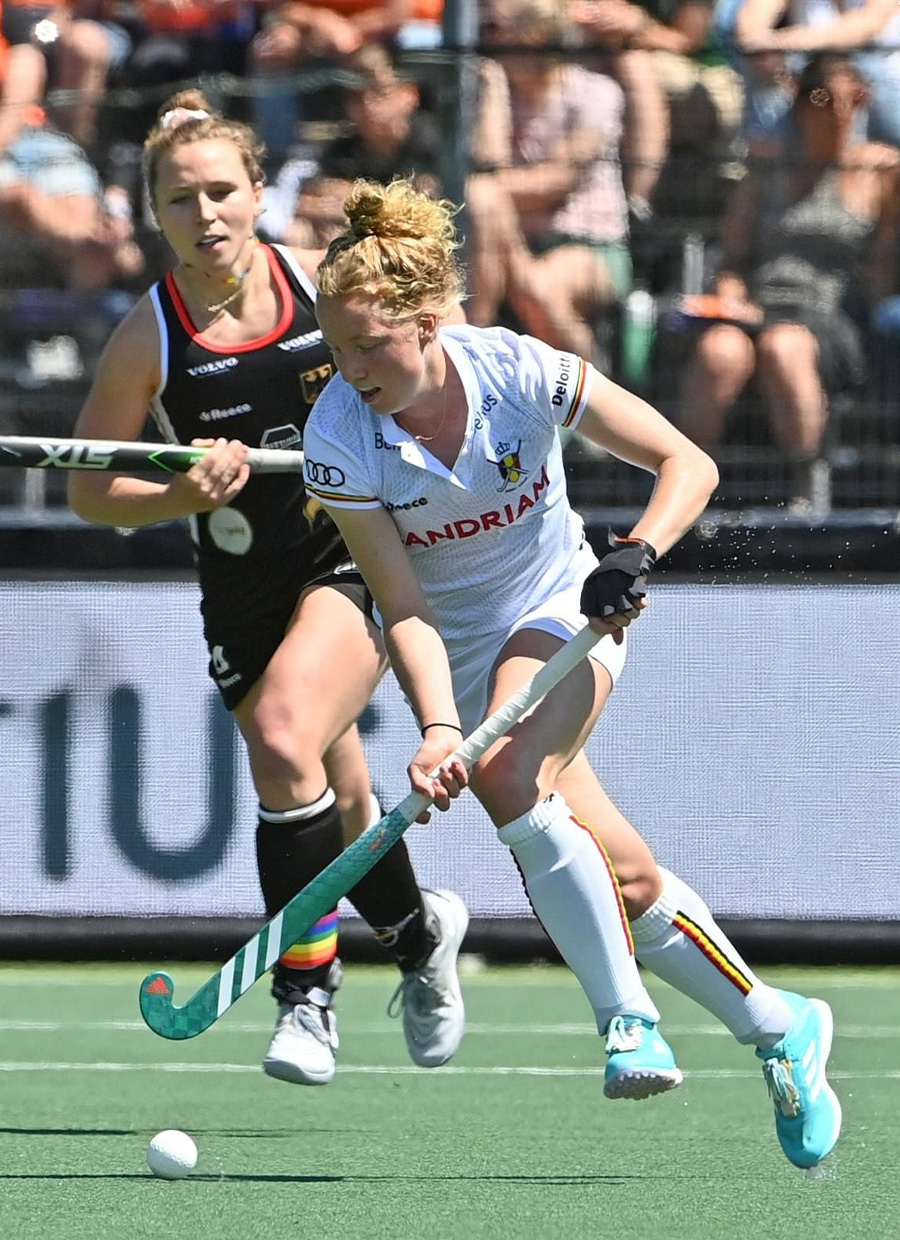 Michelle Struijk is a Belgian field hockey player who plays as a midfielder for Antwerp and the Belgian national team. She started her professional career with Antwerp and still plays here to this day. With this club she became Belgian champion two times in 2015 and 2019.

Michelle made her debut with the national team in 2016. With this team she became second at the European Championship in 2019 and third in 2021. She recently became one of the three Red Panthers who were named captain of the national team.

Besides being professionally occupied by her professional career, she’s studying medical school at the university of Antwerp