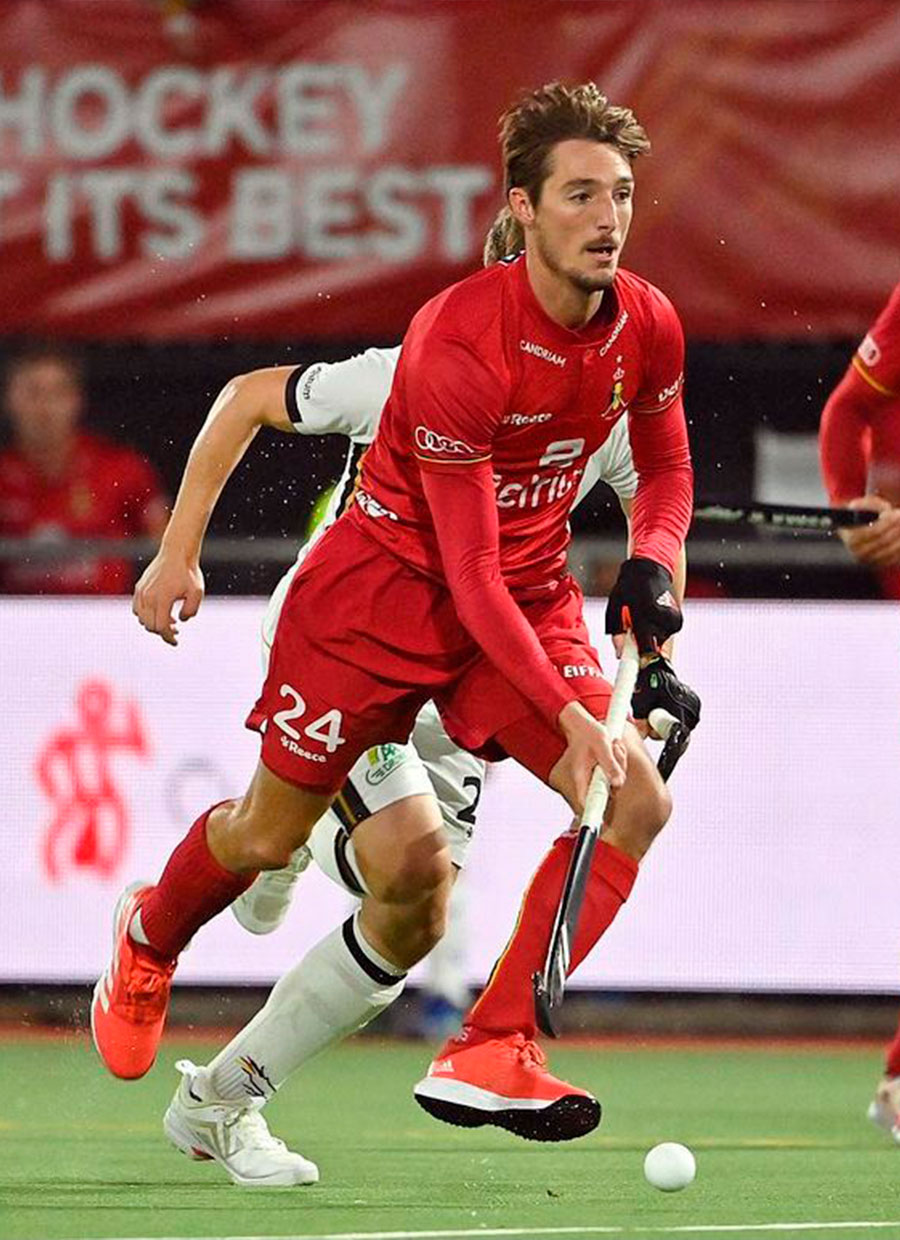 Antoine Kina is a Belgian hockey player who plays as a midfielder for La Gantoise, his formative club. He is also a member of the Red Lions, the national hockey team.

Antoine Kina made his debut with the Red Lions during the 2018 World Cup, which they won. Since then, he has enjoyed the same success as the team as he has never missed a competition.
On the club side, Antoine is still waiting for his first national title which is slowly approaching.

Off the field, Antoine has discovered the personal coaching after an accident and has started the process of getting a diploma in order to be able to practice and help others as he was helped after his unlucky experience.